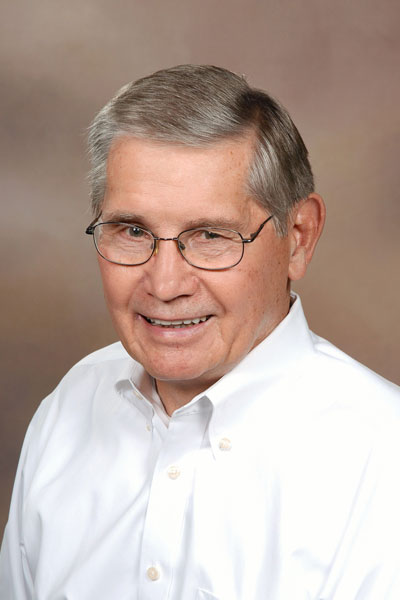 John is Pastor Emeritus and has been serving with his wife Judy at Birmingham UMC since 1993.

After high school John played football for one year in college and 3 years in semi-pro football. With little college and a new wife he began a career as a builder. This plan was interrupted when he was drafted into the US Army. When his duty was complete he returned to Fort Lauderdale, Florida and began a career as a real estate and insurance broker. When it began to succeed, he responded to his call to ministry. With his wife Judy and their three children he returned to college and spent the next eight years in school and serving student appointments. Wolfe says that the first Sunday he was to preach at his student appointment (Bethel UMC in Tallahassee Florida) he had the deep assurance that he was in the very place on the planet where God wanted him to be, and it has never changed…even a little!

In 1993, John was appointed pastor of Birmingham United Methodist Church. Birmingham’s average Sunday attendance at that time was fourteen and grew to over 800 under his leadership. In 1995 John received the coveted Foundation for Evangelism Denman Award for Evangelism at the North Georgia Annual Conference.

In 2001, John led the church to purchase an additional five tracts of land, totaling 61 additional acres contiguous to its present campus. Birmingham’s new Worship Center and Educational Building were completed in September 2005.

After pastoring for 40 years, with 15 years at Birmingham, John officially retired in 2008 and was appointed Pastor Emeritus.

For the past 20 years, John has also served as president of Methodist Hour International, a weekly radio broadcast that reaches thousands of people in the U.S.

John’s wife, The Reverend Judy C. Wolfe, served for 10 years as Oncology Chaplain, at Scottish Rite Children’s Medical Center, Atlanta, Georgia. In 1998 Judy established a program of grief counseling and wrote and taught two courses on grief, called “Helping Yourself and Others Who Grieve” and “Children, the Forgotten Griever.” In addition to speaking, counseling, and leading workshops all across the Southeast, Judy played a key role in the remarkable growth of BUMC. She served as the Associate Minister for 10 years. Married for over 50 years, the Wolfe’s have three married children and eight world-class grandchildren. They currently live in Canton, GA.